My last municipal project in China was Qufu, which was the birthplace of Confucius. I was so blessed to be able to work on Jining, including Qufu and ZouCheng (birthplace of Mencius and Zengzi). I do not have many photos to feature, as much of my time was spent in a vault.

I am so so so so honoured to have held in my gloved hands the original handwritings of Confucius, as well as the edicts bestowed by the emperor on him. I sat on the same chair he did more than 2000 years ago.

The most awesome thing I found out was that it is really common to be a descendant of Confucius. At every meal, we would have at least 5 Kongs at the table. 😀 I found that really funny because I had met many people (Singapore, China) boasting about being a descendant of his. Still water runs deep – my bigbigbig boss, a very accomplished dude, is also the 72nd generation of Kong, but has achieved enough in his own life to not have to drop his great(x70)grandfather’s name at all.

Mr Confucius was a really quirky guy. He liked to tweak Chinese characters to express his thoughts / perceptions about stuffs. We had a lot of fun walking the ground of his Temple, and seeing the plaques with all the 错别字 (“typos” / “spelling errors”), where he intentionally added strokes or left out strokes. I took so many photos of these plaques that I cannot remember why I took them – errors? Colours? Architectural style? 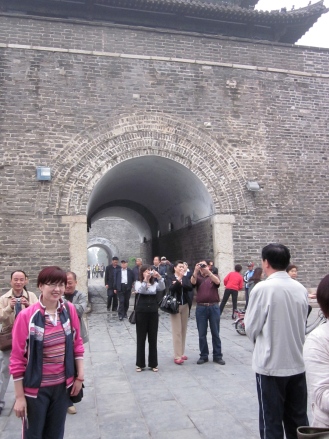 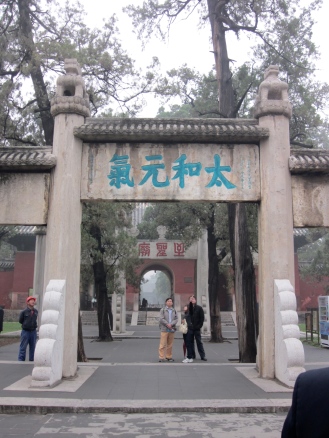 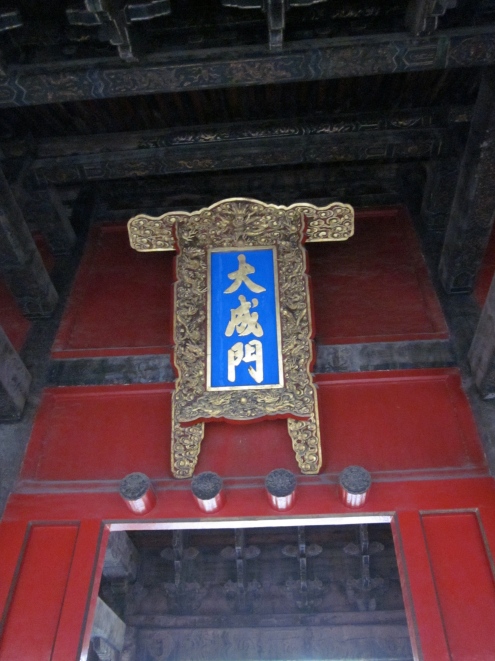 Since we were at the temple, I went to pray for my studies. Somehow, in the Asian culture, people pray to Confucius for smooth studies and good grades. I had quit my job then because I was accepted into some somewhat prestigious school in the region. I took it on mainly because the school fees was really cheap (it’s in Singapore, and heavily subsidised) and a good breather from my intense professional life. However, the glorious academic plans were thwarted by an offer to develop a huge-ass farm in SzeChuan. Guess the prayers to Confucius guided me into the school of life, rather than a school of books. 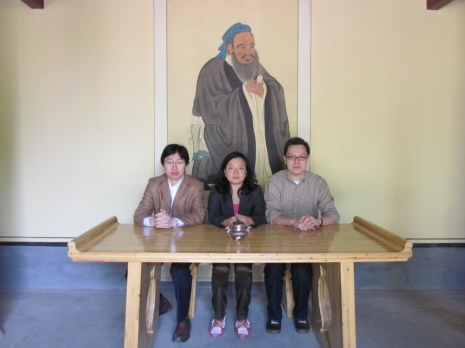 Pretending to be studious 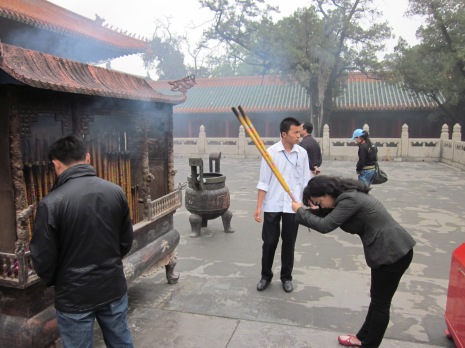 We also visited the tiny cave where he was born into this world. Thereafter, we visited the cemetery where he was buried after his death. It’s a huge park, and so many descendants! We also visited his family mansion, which was more enjoyed by his descendants than himself. It was an amazing place. I could feel the wisdom of these centuries old trees as I ventured around listening to the stories of his life and after his death. 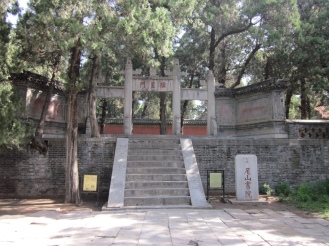 It was an amazing experience. I made a couple of trips there, and the city was littered with so many relics of important cultural history, that even emperors’ tombs / birthplaces do not have a chance to feature. 😀 We walked right past a few bumps of piled earth, and were told these were so-and-so’s tombs. Wow. How precious, how obscure.

Another sad bit is that the city no longer carries out the rituals / ceremonies of honouring Confucius. Not that I am into figure worship, but I feel that such cultural elements are rich and worth keeping, so that we can look back and see that was how life was before. Supposedly, Korea has the grandest celebrations of his life. I would be really keen to witness that at some point. Maybe the only attraction point for me to finally visit Korea?

Ah well. There are other places that are higher up the priority bucket list. 😉